Innovation is about making ideas happen and necessity is the mother of invention.

Designers are the marvelous people who are devoted to think out of the box to make our life more comfortable.

Some of the most incredibly designed pieces of the past year are enlisted here:

This is almost literally magic. The invisible Noki keyboard is made up of two simple-looking bracelets which monitor the movement of your fingers. Very impressive indeed, but a bit hard to use if you still can’t touch type!

Invented by Russian designer Aleksandr Zhukovskii, take a bath in this spherical tub and it feels like you’re swimming in the air.

Unlike ordinary clocks with hands or numbers, which make you simply focus on how quickly time is passing, the text clock makes you stop and think about the moment you’re living through.

© industrialdesignserved
The Azerbaijani designer Elnur Babayev came up with this idea. His Cyclee projector allows a cyclist to indicate clearly to other drivers what he is about to do — even when it’s completely dark. The projector is attached to the seat, and works automatically without any input from the cyclist.

The portable ladder for climbing any tree

Many adults regret that they’re already too old to climb trees without risking an accident. Sometimes you just still want to! But with the CanopyStair, you can easily get to the top of a tree without having to worry about how you’ll make your way down. The staircase can be easily fixed to any tree without harming its bark.

Superheroes to hold up your books

These really do create the impression that your books are being held up by superman. In fact, it’s really the work of magnets which are attracted to the metal base hidden in the book itself.

The device which shows tomorrow’s weather

Ken Kawamoto is a software engineer who has the ambition to unite the digital and real worlds. He came up with the idea of a device which visually displays tomorrow’s weather. He calls it the Tempescope. If there’s going to be a thunderstorm, it shows flashes of real lightning; water drops fall down if it’s going to rain. It’s truly amazing! The only problem is it can’t quite show us snow yet.

Young London-based designer Simin Qiu has created a unique design for a bathroom tap which not only looks stylish, but helps save resources by turning the stream of water into an elegant, captivating ’net’ spiral. A special turbine saves 15% more water than with an ordinary tap.

A saddle for dad

SaddleBaby is a fantastic new way to transport those kids who love to sit on their father’s shoulders. Dad now has his hands free to use his phone or camera — so everyone’s happy!

Shoes which fit your feet perfectly

Japanese designer Masaya Hashimoto came up with an idea for a new pair of sneakers which perfectly wrap around every curve of your feet. Inspired by Furoshiki, traditional Japanese wrapping cloth used for transporting goods, the shoes have no laces and instead wrap around the foot, fastening with velcro.

This futuristic-looking lamp is both beautiful and mysterious. You can regulate how bright it is using a very simple method — everything depends on how many of the ’craters’ on its surface are left open. Named in honour of famous American astronaut Neil Armstrong, it was in fact invented by a team of Russian designers.

Now with just a light tug on your shoe you can turn casual pumps into elegant high heels for the evening. Designer Tanya Heath has come up with special shoes that can be matched to a whole range of different heels. They’re indispensible for all those who want to wear nice shoes but have to drive!

Weapons for a pillow fight

The world would probably be a much quieter place if we settled all our disputes with pillow fights. Designer Bryan Ku has clearly had the same thought. For those who love pillow fights, he has invented a selection of special soft weapons.

A miniature garden around your neck

Designer Colin Jordan has invented some ideal jewelry options for those who love nature. He makes tiny little vases using a 3-D printer, and fills them with small flowers who actually grow like their larger cousins. They can be worn as necklaces and broaches or placed on your work desk.

A Japanese design team called D-Bros has come up with a unique set of tea cups and saucers which they’ve given the brand name ’Waltz’. These cups reflect the colourful patterns on their saucers, making selecting ones that match no longer so difficult. Captivating!

The coffee cup which gives you a kiss

The kissing coffee cup was invented by Jang Woo Seok. ’I love both drinking coffee and kissing people,’ he says. ’Now I can do both at the same time.’

The lamp made from an old tree stump

© Duncan Meerding
Each one of these lamps is unique, simply because they’re made from real tree stumps. Light-emitting diodes have been placed inside their cracks.

A simple but brilliant idea, this rolling pin allows you to easily make cookies with decorative patterns on them. This was actually invented in response to an earlier version for children.

Every one of these rings, which have been invented by the artist who goes by the name of m e r r y m e, are made up of three separate parts. Individually they don’t look like much, but when worn together as a set it’s as if they’ve come alive on your fingers.

These special blocks were invented specially for cat owners. Our feline friends absolutely adore finding new ways to snuggle inside them.

Do you know any other invention to add further? Please leave your reply in comments.

The ROAR project (Robot based Autonomous Refuse handling), is a system in it’s prototype phase where an autonomous robot works with a drone to pick up trash from the locations and collect it within the garbage truck.

The robot is equipped with sensors and camera on top of the truck which navigates it and keeps it away from the obstacles. The process is being tested and it also has an inbuilt emergency break to avoid collision with any object or suppose a child is running. The robot will automatically stop in such a situation. It can also change it’s way if the sensor detects any obstacle on the way.

Watch here how the project works: 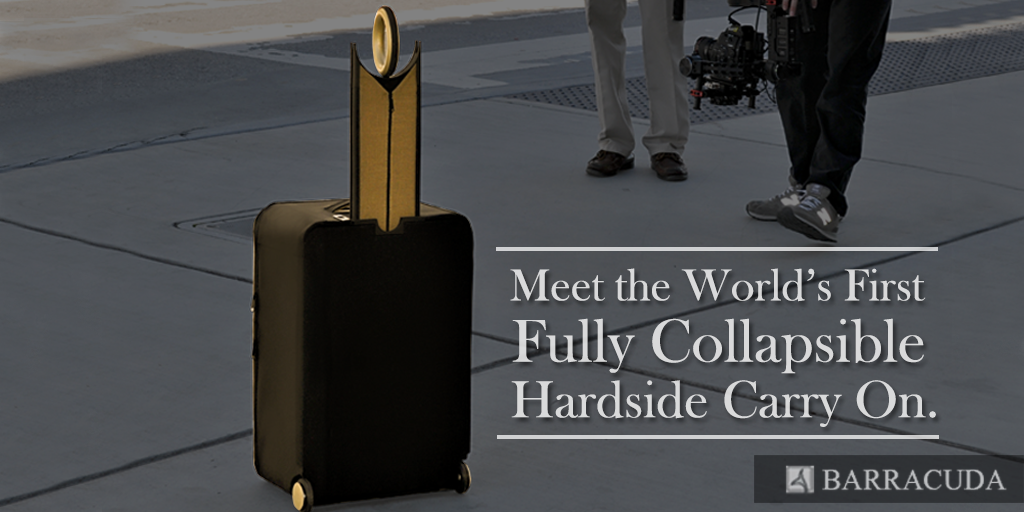 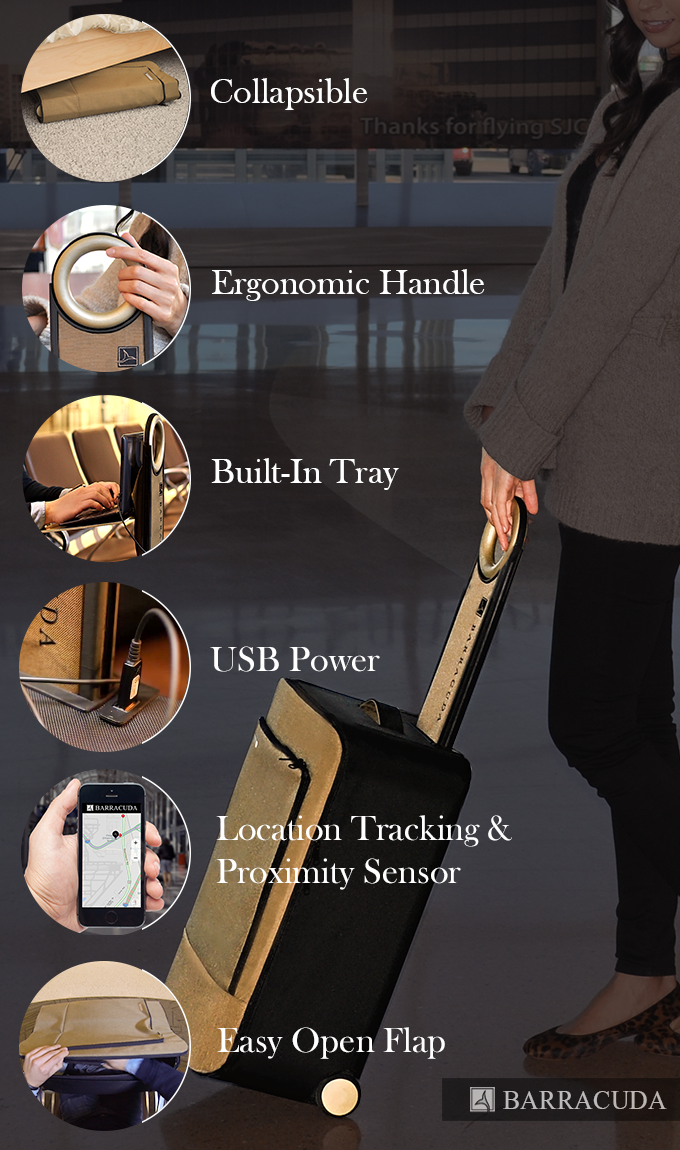 A team from Airport Parking & Hotels and Imperial College London has also brainchild and predicted A glimpse of what air travel will look like in 2050?

The Airports Of The Future Could Become Hi-tech Pleasure Domes
Source: Designrulz

Airbus reveals the future of flight, with panoramic windows and games rooms on planes.

In Mahabharat, Karna asks Lord Krishna – “My mother left me the moment I was born. Is it my fault I was born an illegitimate child? I did not get the education from Dhronacharya because I was considered not a Kshatriya. Parsuraam taught me but then gave me the curse to forget everything when he […]

Change is the only constant and learning to learn is the top skill to master. AI and Automation is the biggest threat to any top businesses and skills. There has always been a talk among the critics of amazing futuristic innovations that haven’t really actualized yet. Four C’s – critical thinking, communication, collaboration, and creativity […]

Just half hour sitting on a chair, your metabolism slows down disrupting the healthy digestion of fats. Sitting for over two hours causes good cholesterol levels to drop. Good news is that getting up for a mere 5 minutes every half hour is sufficient to offset these effects. Though we all know this but we […]